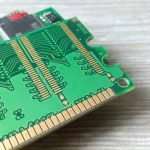 In part two of our desktop buying guide, we talk about one of the most confusing specifications you’ll see whenever you purchase a computer. We’re going to demystify memory, also referred to as RAM.

In the first post of this series, we went over how to choose a CPU/Processor when picking out a new desktop. Our main focus is on choosing a desktop for your business or home office, but we did talk about a few options that exist for more high-end computers that can handle video editing and gaming. We’re going to stick with this theme here, especially when it comes to talking about RAM.

RAM (which stands for Random Access Memory) is often just referred to as Memory. It’s often confused with the amount of data your computer can store, but that isn’t the case. RAM is used to temporarily store data so it can be instantly recalled without having to pull it from the computer’s storage. If you wanted to compare it to the human brain, it’s sort of like short term memory.

The amount of RAM you have determines how much you can have going on at once, and how quickly your computer performs when a lot is going on. If you read the first post in this series, you might ask ‘hey, isn’t that also what the CPU does?’ and you wouldn’t be wrong. The CPU handles instructions. It processes the data that the RAM holds. More RAM means a bigger stack of data that the CPU can quickly process, and a faster CPU means the CPU will process the data faster. They go together.

How Much RAM Does My Computer Need?

The nice thing about buying a desktop these days is you have pretty limited options as far as RAM goes. That isn’t to say there aren’t dozens of brands with their own clock speeds and special features that you can pick and choose from, but PC manufacturers handle all that for you.

If you were building your own PC at home, or customizing a PC on a site that lets you choose from a wide variety of types of RAM, things will feel more complicated. If that’s the case, this guide probably over-simplifies things for you, but you’ve probably figured that out by now.

When buying a new preconfigured desktop (or laptop), the speed and type of RAM is typically figured out for you based on the manufacturer’s model. The real thing you need to look for is how much RAM is included in the device.

The Scrimping Budget End – Generally speaking, the smallest amount of RAM you will typically see for a Windows 10 device is 4 GB (Gigabytes). You can technically get Windows 10 to run on less, but we wouldn’t recommend it for most desktops. Even 4 GB is pretty meager; you won’t be able to do much very quickly on that device. We’re talking very light document editing, and web surfing. Even then, you’ll need to be gentle and not expect much out of your system.

The Low-End – Most ‘budget” PCs start with 8 GB of RAM. This is plenty to run the operating system and handle some light office work. Editing documents, looking at photos, and surfing the web should work fine. Much more than that will likely tax the system.

The Mid-Range – Even on a budget, check to see if the desktop can be upgraded to 16 GB of RAM. Often the price difference isn’t very significant, and you’ll be able to get more out of your investment. Often, when older computers start to feel slow for our clients, we’ll upgrade the RAM by doubling it for a low-cost way to get more life out of the system.

What’s nice about having 16 GB of RAM is that this is also the entry-point for gaming systems. We’re not saying that 16 is the magic number, but if you are willing to pay a little to reach it, you’ll likely be in pretty good shape if the rest of your computer can handle what you throw at it.

The High-End – Like everything else, this is where we can really push the ceiling up. For example, the new Mac Pro is boasting that it’s capable of supporting up to 1.5 TB of RAM (That’s a whopping 1500 GB). At the time of writing this, no pricing has been made available for configuring the Mac Pro with 1.5 TB of RAM, but rumors say it could cost up to $20 grand.

If you are designing a gaming rig, a video editing system, or a server, you start to get into the realm of more than 16 GB of RAM. Once you get much past 32 GB of RAM (the next tier) it’s time to leave Best Buy and start consulting with an expert (no offense Geek Squad).

Often, you can upgrade your RAM later, depending on the device. This is more likely in desktops and less likely in laptops.

When in doubt, never settle for less than 8 GB and typically try to shoot for 16 GB.

We hope this guide was helpful! Be sure to check out part 3 in the next couple of days, and if you need any help when it comes to purchasing computer equipment for your business or keeping your existing computers running smoothly, give us a call at 604.931.3633.