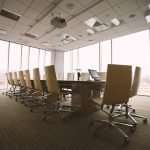 Getting people comfortable in a group setting before a team meeting can be the best investment of ten to 15 minutes of time that you can make. Ice breakers  get creative juices flowing, can increase the exchange of ideas, establish team identity, and create a sense of community. All of these items are important in forging top productive teams. But how do you get people to participate and not feel uncomfortable with an ice breaker?

For meetings in a business setting in which participants are professionals, ice breakers that require actions not normally associated with day-to-day behaviors in the office generally make people uncomfortable. Successful ice breakers for these type of groups generally consist of having attendees share memorable information with each other, create innovative ways to get people to introduce themselves to each other, or have group members collectively work on a problem where everyone has to contribute.

We’ve selected our top ten team meeting ice breakers that are sure to get your meeting participants relaxed and ready to focus on your agenda as well as to connect with others in the group.

Divide the meeting into teams of three or four and give each team a large sheet of paper and then give each person a different colored marker. Have each person draw a large oval such that each oval overlaps with the other ovals in the center of the piece of paper. Give the group or groups, a theme that pertains to your meeting objectives. Ask the participants to write down at least five or more entries in the non-overlapping and mutually overlapping areas of their ovals. Give them five minutes, no more than that, to talk about their similarities and differences and write them in their own ovals on the paper. If there is more than one group, compare results and identify common themes in both parts of the diagrams and what light these similarities and differences shed on the purpose of the meeting. This helps team members develop an understanding of shared objectives and in a non-confrontational way learn how their views differ from others in the group.

Have everyone write down three surprising things about themselves, two of which are true, and one of which is made up. Each person, in turn, reads their list and then the rest of the group votes on which “fact” they feel is the “false” one. If the group does not correctly pick a person’s made up “fact”, then that person wins. A group can have more than one winner. At the end, the whole group votes on which of the “winners” of the final round, had the most deceiving “fact”. This helps people get to know and remember their colleagues. 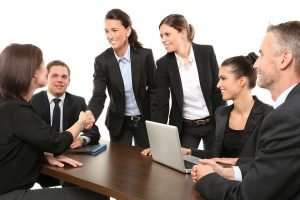 The object of this ice breaker is to have small groups generate as many words or phrases as they can that are related to a particular topic that focuses on the objective of your meeting. Give the group or groups a key word you want them to associate with and then give them two minutes to list, as quickly as possible, as many words or thoughts that pop into their heads. For example, if your company is trying to decide on whether to reduce travel and increase the use of teleconferencing, you might use the word “teleconferencing” and have people list as many words or phrases they can that they associate with the key word. For example they might say: “saves money”, “saves time”, “impersonal”, “need to see other people”, “get distracted”, “sound quality”…. This reveals what people are thinking, similarities in viewpoints, and possibly even problem areas or topics that need addressing or further discussion.

Prepare nametags for each person and put them in a box. As people walk into the room, each person picks a nametag (not their own). When everyone is present, participants are told to find the person whose nametag they drew and introduce and say a few interesting things about themselves. When everyone has their own nametag, each person in the group will introduce the person whose nametag they were initially given and mention something of interest about that person. This helps participants get to know and remember each other.

Group people in teams of five or six and tell them they will be marooned on a desert island. Give them 30 seconds to list all the things they think they should take and each person has to contribute at least three items. At the end of 30 seconds, tell the teams they can only take three things. Have the person who suggested each item on the list tell why they suggested it and defend why their item should be one of the chosen three. This helps the team learn about how each of them thinks, get to know each other’s values, and how they solve problems.

Group your meeting participants at tables. At each table ask the group to list ten ways that everyone in that group is similar. Let them know that they cannot list body parts or clothing and that what they select cannot have anything to do with work. One person at the table should be tasked to make their list. At the end of your time limit have the group share their list with all meeting members. This is a great opportunity for your meeting attendees to learn about each other’s hobbies, families, and common interests.

As people enter your meeting hand each one a piece of paper with a different number written on it. Ask the group to arrange themselves in numeric order without using their voices, hands, or showing their number. This helps the team to think of other ways to communicate with each other and to work together to achieve a common goal.

This works great in large groups and is a variation of the name tag ice breaker. Have everyone take off one of their shoes and throw it into a pile. Have each group member pick up a shoe and walk around the meeting room greeting other people as they try to match their selected shoe to the one another team member is wearing. This is a great way for new people to meet several members in a group.

Have each member tell the group their first or worst job in turn. This easy to use ice breaker works great with teleconferences too and allows team members to spark conversation with each other and to have some fun commenting on the jobs that they have each done. Many of our top ten ice breakers can be used for on-site meetings and teleconferences alike. The nature of ice breakers is to get the group to talk, to share, and to get to know each other in a casual exchange. The best and most successful teams start with a little bit of fun; learning how to value what each member brings into the group. Ice breakers can help facilitate this exchange of information and comfort in doing so at the very start of the team forging process.

Why a Major Internet of Things Security Breach is Inevitable