Our Top 7 List of IT Myths and Wild Conspiracies 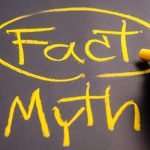 Being in IT, we’ve seen and heard it all. Between the campfire horror stories of technicians to the outlandish IT conspiracies and ‘home remedies’ that get passed around, we’ve decided to compile a list of some of our favorite IT and technology myths.

Myth #1 – Macs Are Secure and Don’t Get Viruses

To debunk this myth, we actually need to take a step back and admit that it’s based in a couple of truths. The average Mac user has probably not seen much malware on macOS, but we’ll get to that in a moment. If you look at the strict definition of a computer virus as being a type of malware that spreads on a computer from one file to another, Macs technically don’t get viruses. Viruses are quickly becoming a thing of the past on other modern operating systems like Windows 10 as well, due to built-in security and the fact that the common computer virus in the strictest sense is essentially becoming obsolete.

Other types of threats, including malware, phishing attacks, and ransomware can infect Macs. On top of that, compared with Windows PCs, which dominate with a 91.76% market share, Macs have a lower risk of getting infected just because hackers know it’s more effective to focus on malware that either infects Windows or that doesn’t care about what type of system you are on (like online phishing attacks).

Either way, you aren’t out of the woods by making the switch.

Myth #2 – Blowing on Cartridges Before You Play

This one came up a few times when we surveyed our techs, so we had to include it. It goes all the way back to the mid-1980’s. Back then, many households had the Nintendo Entertainment System, and video games came on big five-inch plastic cartridges. Sometimes, when sliding a game into the console, it wouldn’t boot the game. The common practice for kids and teenagers everywhere was to pull out the cartridge and blow on the connectors and try again.

The thought behind this was that dust had collected on the electronic connectors, which could cause issues. Unfortunately, it was more likely that the connectors just didn’t get situated where they were supposed to when the game was inserted, and it just needed to be pulled out and put back in.

The problem with blowing on sensitive terminals of a cartridge is that the human breath contains a lot of water vapor, and over time that moisture can cause damage to the hardware.

When you do a Google search, you’ve probably noticed that a few listings in the results show up as ads. Businesses can set up a budget with Google to run ads that show up within a certain geographic area for certain searches to help drive traffic to their sites. However, as web surfers, most of us inherently know when content is an ad, even at a glance. Only about 20% of traffic ends up clicking on an ad, although that’s more than enough to make Google’s ad service highly profitable and beneficial for businesses.

How do you rank in the organic results of Google? It’s pretty complex and there’s no simple answer, but it’s about building good content and making your website user-friendly. Google’s goal for the search engine is to provide the best, most relevant sites when people search for something, so there aren’t many ways to “trick” the system.

This myth was sort of true at one point, but modern smartphone batteries have come a long way over the years. Now, technically, keeping your phone plugged in while it’s full is a little more stressful for the battery, because the battery goes into a trickle charge mode that keeps it topped off at 100 percent, but it’s a far cry from ruining the battery.

This state can cause the phone to heat up a little, in the same way that watching Netflix or playing a game can cause the phone to heat up. Excessive heat IS something to worry about, as it can slowly cause wear and tear to your device. That’s why Apple and some other phone manufacturers suggest not using restrictive cases on high-end phones. Locking in that heat can exacerbate the problem.

Instead of worrying about overcharging, it’s better to make sure you aren’t suffocating your phone. Some experts suggest taking it out of the case while charging overnight, and avoid tucking your phone into bed with you. Surrounding it with your big comfy blankets or stashing it under your pillow can slowly wear out your phone. Instead, stick with a cool flat surface or a small dish.

Oh yeah, and don’t buy cheap knock-off cables. Only get certified cables made or recommended by the phone’s manufacturer.

Okay, this one isn’t exactly tech-related, other than the fact that we namedrop Bill Gates, but when I asked around for some of the best IT myths the techs could think up, I decided this doozy just had to make the list.

This might be crazier than what you’d expect from the tabloids in the grocery store checkout line, so bear with me. The rumor is that Bill Gates is taking his fortune earned from selling Windows, Office, and Xboxes and putting it towards his James-Bond-villain-esque goal of taking over the world.

There are a lot of crackpot articles to back this up, claiming that the world’s richest nerd is using the Bill and Melinda Gates Foundation to help governments develop a slew of gadgets and solutions to rapidly reduce the world population. We’re talking everything from sneaking chemicals in the water to fake vaccines to a ray gun that makes you sterile.

My only question is which James Bond actor should we have gone up against the villainous Bill Gates? Personally, I think I’d vote for Pierce Brosnan, but I’d love to hear your pick in the comments!

This conspiracy theory has been debunked many times, and fortunately, Bill Gates is too busy trying to give all of his money to charity to worry about world domination. Since 1994 he’s given more than $60 billion to charity and has been focused on disease research, water sanitation technologies, and childhood mortality.

Honestly though, a James Bond film about a nerdy villain who announces his notorious plan to take over the world during a TED Talk presentation is exactly what we’d like to see. Make it happen, Hollywood.

If cybercriminals get access to your email, they can gain access to just about everything else. They can reset passwords or take your accounts and set them up under a new email altogether. They can lock you out of your bank account, your PayPal account, and any other account before you could even know what hit you. Plus, if you have access to your work software, such as your line of business apps or your CRM software, or even just your contacts, then your customers’ data is at risk too.

The bottom line? It’s important to secure your computer.

Myth #7 – Nothing Gets Through the Firewall

Hollywood likes to overemphasize just how effective firewalls can be. Is our rugged hero getting hacked? The plucky young computer nerd who came along for the ride simply needs to turn on the firewall at the last minute to save the day, or in the more dramatic scenes, pull the cables out of the back of the computer.

Firewalls are an important part of your IT security, but they aren’t going to stop everything. In fact, from a strict technical definition, a firewall only really prevents a single type of malware that spreads from computer to computer.

More robust IT security solutions that include firewalls will stop a lot more threats than a firewall will on its own. Businesses need to equip spam-prevention, content filtering, and centralized antivirus/antimalware solutions to run in tandem with the firewall.

Are there any myths or misconceptions in your industry? Connect with us and tell us!