Do You Know These 11 Technology Buzz Words? 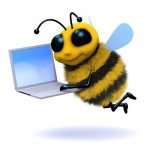 Have you ever felt like talking to someone in the technology industry was like speaking with someone who spoke a different language? You’re not alone. It’s no secret that the IT industry loves their jargon – and has dozens of buzzwords at any given time. We do our best to discuss technology in a way where it’s not overwhelming (or confusing) but there are so many topics to cover, it’s impossible to keep up! These are a few buzz words it may be worth knowing!

Even though you might never actually use one of these words in conversation, technology is important to your SMB – and the more you understand about it, the better. Are there any technology terms or phrases that you’re interested in learning more about? Sound off in the comments below or ask one of our team members directly at: PHONENUMBER.

Business TechnologyTechnologytip of the week