Windows 10 Becoming a Priority for Businesses 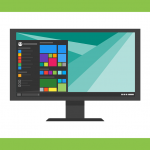 Windows Operating System (OS) is a mainstay for a huge majority of businesses, so when Microsoft makes major changes, business owners have immediate decisions to make. Back in summer of 2015 when Windows 10 was announced, most IT professionals (of 500 surveyed) predicted that over 70% of businesses would adopt the new system. In most cases, taking over for Windows 7, or the no longer supported XP.

The operating system to beat remains Windows 7 which, according to the survey, is running on 68 percent of PCs in business. Windows 8 has a share of five percent and MacOS is at two percent.

The website that ran the survey, SpiceWorks, notes that:

“The penetration rate of an OS is defined as the percentage of companies running at least one instance of that operating system. As of June 30, 2017, Spiceworks data indicated 60 percent of businesses across the globe had installed Windows 10 on one or more computers on their network, putting Windows 10’s adoption rate in business ahead of those of Windows XP, Windows 8, and Windows Vista.”

The most common adoptees of Windows 10 are businesses with 100-500 employees, at a penetration rate of 67%. Smaller businesses have taken it on at a rate of 57%, so the OS is rising as time marches on. 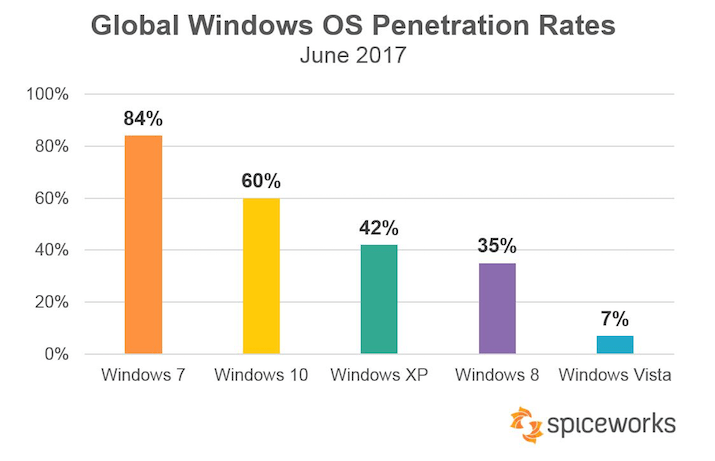 As support for older platforms disappears, the adoption rate is likely to spike. Windows XP has not been supported for some time and Windows 7 will lose support come January 2020. With the reaction to Windows 8 being so poor years ago, most businesses will skip it altogether and upgrade straight to 10. Also, as security issues continue to rise and impact businesses of all kinds, business owners have become much more aware of the need for updated support and patching to protect their critical business data. 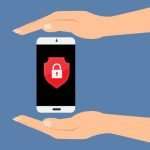 Most PC users are updating to Windows 10, especially anyone currently purchasing a computer, and will be familar with the platform moving forward. As companies adopt 10, there will be much less of a “culture shock” reaction as there was to the universally disliked Windows 8 user interface.

We offer a no-commitment consultation for business owners who have always wondered if they have the right technology for their business. If you’re located in the Vancouver area, contact us for a face-to-face conversation, or call us at PHONENUMBER.